Round The World of Sound

> ROUND THE WORLD OF SOUND - MOONDOG MADRIGALS

RTWOS is a cycle of 25 madrigals that covers the main aspects of Moondog’s music : indian percussions (Snake Rythm), canonical form, jazz harmony. Exploring all keys, each piece is a masterpiece of vitality and freshness, where humor meets counterpoint science, depth, transparency and melodic invention. The music, as often heard with Moondog, seems obvious and completely original. Heir of the past and totally new.The work makes a whole, a trip around the world according to Moondog, an hippie pre-environmentalist ode. In 4 or 5 phrases, each madrigal evokes a picture, glorifies a landscape, delivers an aphorism, with an happy or melancholic frank ingenuity , most often with humor.The project is to perform the instrumentation with 15 musicians from Dedalus and Muzzix. Each piece will be orchestrated in a different way. Instrumental pieces as interludes will open up on other aspects of Moondog’s work.Without reproducing the historical recording Moondog 2, released on Columbia in 1971, the project will take care of performing the pieces in the spirit they were originally written.

Moondog (Louis-Thomas Hardin) Round the World of Sound

Round the World of Sound 1 > Madrigals 1-5 (Bells are Ringing ; Voices of spring ; What´s the Most Exciting Thing ; All is loneliness ; My tiny butterfly)

Round the World of Sound 3 > Madrigals 11-15 (I love you ; Nero´s Expedition ; No, the wheel was never invented ; With my wealth ; This student of life)

> A MEETING BETWEEN TWO MUSICAL ENSEMBLES

The Muzzix collective and the Dedalus orchestra met during the 28th Musique Action festival (2012) in Vandoeuvre-lès-Nancy during which they shared the line-up. Two very different musical forms, but for many of us, the feeling of a common approach of music. The musicians of Muzzix mostly perform compositions that come from the collective. Yet, the idea of exploring experimental and north-american minimalist musics existed for a long time now, especially within individual projects or small groups on Cage, Wolff, Riley, Reich. What was missing was the occasion to launch into a more collective project which could therefore be more ambitious.

The general enthusiasm caused by this meeting during Musique Action was the triggering factor to offer Didier Aschour a collaboration on this repertoire. The latter, not only warmly accepted the proposition of a first session of work and a concert, but also very quickly shared his wish to work on a project he wanted to do for a long time, Moondog’s repertoire and particularly his madrigals.

The proposition is a little different from the original proposal, but establish itself very fast. For quite a few musicians of Muzzix, Moondog is one of these composers who radically enlightened the music of the XXth century, and can be more or less considered as models or inspirations, as much for their music as for their process of composition. From then on, playing Moondog’s compositions was almost self-evident. And if Moondog compositions are in a musical world that is usually not that of Dedalus, nor that of Muzzix ; both teams found it though constituent preoccupations of their existence as collectives. 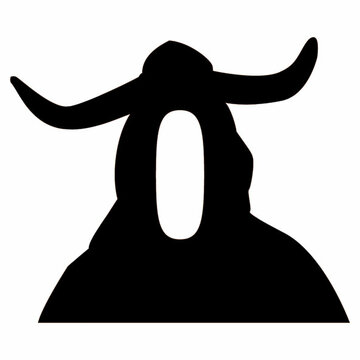 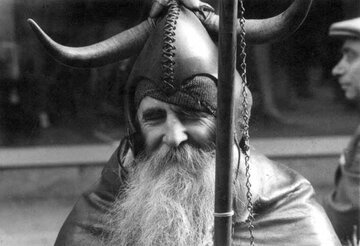 Dossier de présentation - Round the World of Sound