La Pieuvre was formed in 1999 by an initially informal group of musicians who wanted to try out a new pattern of collective work. It draws its members from a varied musical scene and has brought together players from numerous smaller groups working at the freer end of jazz and rock as well as in electronic and instrumental contemporary music.

This extended unit has its place in the field of European large-group improvisation, but should also be seen in the context of the ‘conduction’ movement, exemplified by the methods of such as Butch Morris – although there is no claim made here for him either as a frame of reference or a point of departure. The music unfolds moment by moment, shaped on the instant by the gestures addressed to the living organism in front of him by Olivier Benoit (in his other role than as guitarist). Signs, looks, gestures and mime, the whole range of body-language is called upon in this exchange. The desire for interaction – implying precision and looseness, interpretation and distortion, the two-way flow of information, in which individual autonomy goes hand in hand with a sense of collective responsibility – makes available a sound-world of great richness, and makes of this singular ensemble perhaps more a platform for research into conducted improvisation than a performing orchestra.

The conductor’s vocabulary of signs, in continual process of development, is worked out and assimilated as the need arises, ever more finely tuned to meet the demands of the conductor: texture, timbre, duration, motif, sweep, rhythmic cycles and loops, antiphonal and stereophonic interplay (facilitated by the layout of the orchestra and the doubling of certain instruments) are mobilized into spontaneous through-composition. The energy at its source is drawn out and woven into a unique music, flowing and unobstructed.

Over the last few years La Pieuvre has explored many avenues of research. The practical results display the resolutely musical thought which has always been its guide. With this in mind, the recordings put together here act as a showcase for this contemporary orchestra’s commitment to its longterm venture. Whether in the studio or the open air, the concert hall or the radio broadcast, accompanying dance or silent film, its work remains inseparable from the very fabric of sound.

To know more about La Pieuvre, please upload the document on the right. 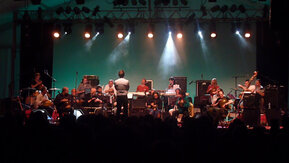 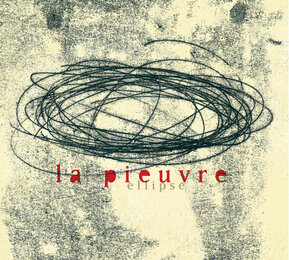