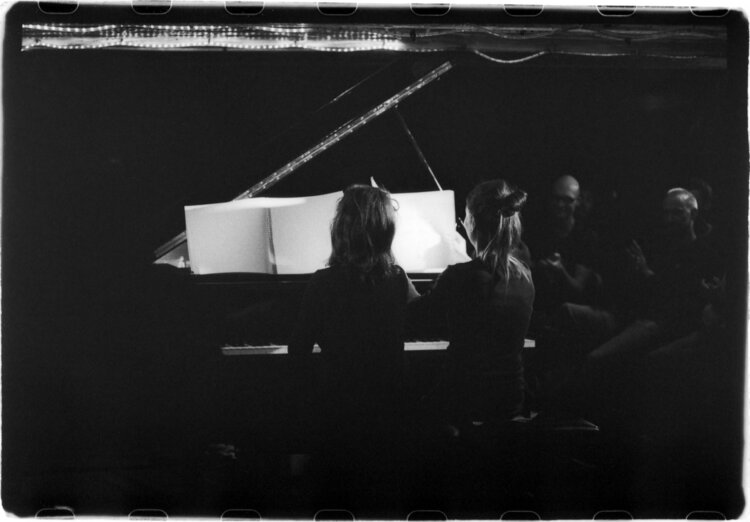 The Symmetries are a series of very short pieces that Tom Johnson wrote based on drawings he made in 1980, using a music writing machine. These drawings, composed entirely of music notation symbols, were a conceptual study of symmetry in music. 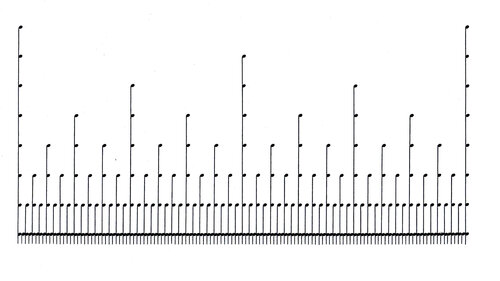 Sophie Agnel and Barbara Dang, each in their own way, have carved out a path in the landscape of improvised music, notably through their very personal use of the extended piano and string playing. Their first encounter on stage is however through the angle of written music, exclusively on the keyboard.

Born in 1939 in Colorado, Tom Johnson trained with Morton Feldman. The influence of John Cage, with whom he would later rub shoulders, was also a determining factor in his career. In the 1970s, he became a critic for the magazine Village Voice, where he wrote about minimalism, the definition of which he refined over the years. Through this magazine, he introduced Steve Reich, Philip Glass and other American composers. As a minimalist composer, Johnson works with reduced material but distinguishes himself by the use of mathematical processes which is one of the main characteristics of his work. He has founded two publishing houses to publish his works, Two-Eighteen Press (USA) and Éditions 75 (France).