Ivann Cruz and Maciej Garbowski meet in 2010 in the JazzPlaysEurope project.

In response ot this first meeting, the two musicians decide to form a new project : they surround themselves with Peter Orins (Lille) on drums and Kari Heinilä on saxophones and flutes. They decide to compose the music together and in two steps, in the manner of a correspondence, by games of distorted quotes, of extensions and deconstructions.

The project combines the different musical universe of the musicians, with aesthetic from jazz to rock, through improvised music and contemporary of traditional music.

Ivann Cruz and Peter Orins are both members of the Muzzix collective. Maciej Garbowski, bass player from Katowice in Poland, is the founder of the RGG trio, and plays regularly with Maciej Obara, Terje Rypdal, Jon Fält, … He’s part of the Take Five Europe operation in 2012. Kari Heinilä is a finnish sax and flute player, member of the UMO Orchestra since 1987, and founder of chamber music ensemble Alberto. 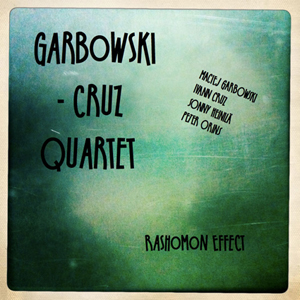 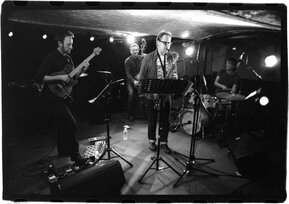